We produce, edit and animate many videos for clients around the world – many of whom we have only had the pleasure of meeting virtually.

In today’s world, more virtual production is being requested as remote work increases.

We can produce and edit videos for you and your company without ever setting foot in your office and without having you come to our location!

We accomplish this using stock footage and professional voice overs. We can also utilize cell phone footage or a minimal amount of professionally captured content to use alongside the stock footage.

Below are some examples of these types of videos.

The first playlist are videos we produced using only stock footage with b-roll. Some of the videos may include a portion of content we filmed ourselves, such as the street driving scenes in the MaxPoint video, but it gives you an idea of what can be created.

The second set of videos are ones edited together using mostly cell phone footage.  Some on-site interviews may have been filmed to supplement the story line, but many are filmed by amateur video persons using their own smart phones.

“The production was superb. Ant Farm Media has my strongest possible recommendation for any video production or technical services.” 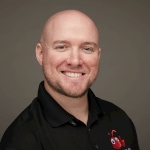 Contact Anthony, he’d love to talk with you about your project!